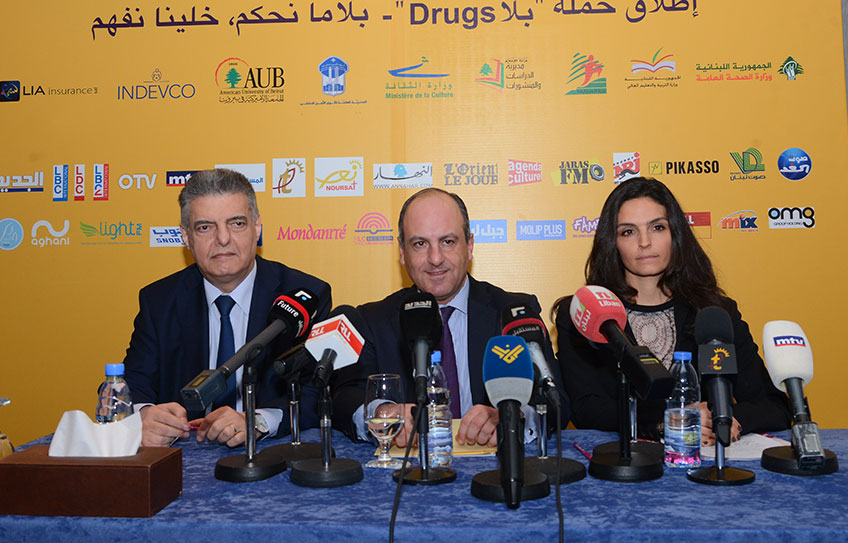 Beirut, Lebanon January 12, 2017 Cénacle De La Lumière (CDLL) launched its national media campaign “Bala Drugs – Judge Less, Learn More”with a press conference on January 12, 2017 at the Crowne Plaza Hotel under the patronage of the Ministry of Social Affairs and the presence of the Minister Pierre Bou Issa. Also present was representatives of other partners in the campaign: Ministry of Public Health, the Ministry of Youth and Sports, the Ministry of Information, the Ministry of Culture, Internal Security Forces and the American University of Beirut who is the official academic partner. Some quotes from the conference:
“I have been sober for 5 years and still people judge me for being an ex-addict,” recalled a former addict who underwent CDLL’s rehabilitation program.

“Addicts need to be treated and not punished, and the government needs to offer more capacity to institutions to treat thousands of addicts that do not have access to care” said Parliament Member, Atef Majdalani. “What we need is to face this danger with practical, concrete actions, starting with a national comprehensive plan to be the responsibility of the government and parliament. The main goal of political work is to build the human being […]. The addict was not born an addict, and our job is to make sure he does not die an addict […] said Minster Pierre Bou Assi.